Please enter your username or email address. You will receive a link to create a new password via email.

This exclusive development of twelve luxury T1+1 apartments has been built not far from the beautiful Pestana Vale da Pinta clubhouse.

With prices starting at Euro 280.500 a very attractive proposition to own a property on one of the golf courses in the sunny Algarve.

Lagos is a municipality at the mouth of Bensafrim River and along the Atlantic Ocean, in the Barlavento region of the Algarve, in southern Portugal.

The main town of Lagos (which includes only the parishes of Santa Maria and São Sebastião has a population of approximately 22,000 residents, while the municipality supports a resident population of 31,048 inhabitants.Typically, these numbers increase during the summer months, with the influx of visiting tourists and seasonal residents. While the majority of the population lives along the coast and works in tourism and services, the inland region is sparsely inhabited, with the majority of the people working in agriculture and forestry.

Lagos is one of the most visited cities in the Algarve and Portugal, due to its variety of tourist-friendly beaches, bars, restaurants, and hotels, renowned for its vibrant summer nightlife and parties. Yet, Lagos is also a historic centre of the Portuguese Age of Discovery, frequent home of Henry the Navigator, historical shipyard and, at one time, centre of the European slave trade. In 2012, travel website TripAdvisor, classified Lagos as the number 1 travel destination, on a list of “15 destinations on the rise” worldwide.

Lagos is an ancient maritime town with more than 2000 years of history. The name Lagos comes from a Celtic settlement,
derived from the Latin Lacobriga, the name of the settlement was established during the pre-Punic civilizations.
It became an early settlement of the Carthaginians, who recruited Celtic tribesmen in their war against the Romans (the Punic Wars).
Owing to its already important harbour, it was colonized by the Romans and integrated into the Roman province of Lusitania,
becoming known as Lacobriga. Quintus Sertorius, a rebellious Roman general, helped by the Lusitanians of Lacobriga (who had been oppressed under Roman Generals and members of Lucius Cornelius Sulla party), successfully defeated the Roman army of Caecilius Metellus Pius probably at nearby Monte Molião.

With the fall of Rome, the town of Lagos was occupied in the 6th century by the Visigoths from the Kingdom of Toledo and later by the Byzantines.

The Moors arrived in the 8th century from North Africa, renaming the settlement Zawaia (meaning lago, or lake).
It became part of the much larger coastal region of al-Gharb, which eventually became known as the algarve. 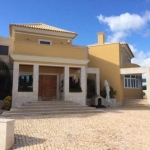 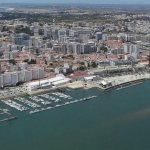 Get the Portugal Golden Visa 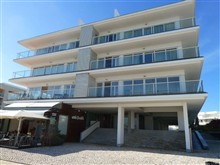 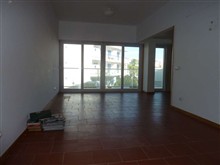